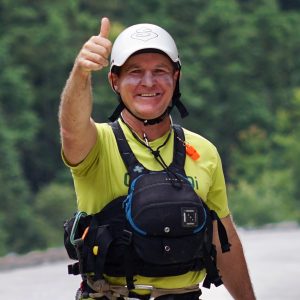 If you haven’t met Graham “Fredi” Maifredi, you’re either brand new to rafting or been living under a rock for the past 25+ years. One of the biggest characters of our River Family, this week we meet the one and only (and let’s face it the world is not ready for more than one of him!), Fredi. He’s been rafting since time eternal, was involved in Project RAFT, was one of the founding members of the IRF, has his own video series on Youtube, been a raft guide for 28 years, raced for most of those and is Event Director for the 2019 IRF World Rafting Championship in Tully, Australia.

How did you get into rafting?
I started rafting after completing my boiler making/Structural Steel apprenticeship. I had 6 weeks paid leave up my sleeve, and decided to start a guiding course in November 1989 and after completing the course by Jan 1990 I got my certificate. Of the 7 guides that completed the course on the Tully river , two were successful – myself and Radar. The Tully River was crazy busy in those days… 50+ rafts used to run this technical river 300+ clients per day. It was all action and logistics. Such an extreme change to what my life was / used to be in ole Tully town. 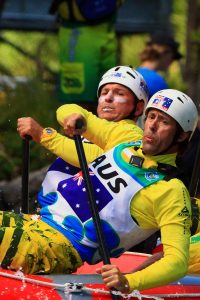 Funniest river moment?
We didn’t let Fredi answer this as we needed to keep the article family friendly…. technically there are many that could be mentioned but most recently was his incident with scaffolding on a pontoon on the Zijiang river in Ziyuan, China which resulted in Fredi requiring to fly home to Australia in business class in order to accommodate his injury. Needless to say it was post race event when everyone was excited and relieved in equal measure and lapping in the buzz of the lantern festival on the river. Off on a mission with Tim to “rescue” some lanterns, Tim lept from the pontoon, clearing the safety barrier scaffolding with ease and gracefully landing waterside to rescue some lanterns. Fredi following close on his heels lept forward but failed to realise the flaw in his plan – Tim is somewhat taller than Fredi so was able to leap over the safety barrier in one sweet move. Fredi on the other hand impacted an upright pole quite solidly mid-groin and collapsed forward writhing in agony.

Several beers later, a large ice pack to his groin he regaled the story to anyone close by. The next day scans, doctors, prodding and language barriers meant an agonising few hours before departing for the airport. Finally after a lot of talking and imparting far too much information about the injury, a friendly airline customer assistant giggling at the scans and his predicament, Fredi scored an upgrade to enable him to sleep in a flat bed for the flight home. 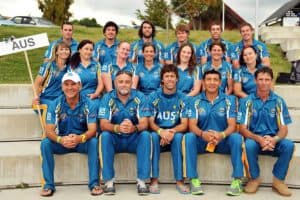 Worst river moment?
It was a day in 1993, the dread of ever river guide, is to lose someone. I was both unfortunate and lucky with this on this day, lost a guy named J.E.D (his initials), he fell from my raft and got his leg trapped, in a rapid called Full Stop which is part of the famous Theatre rapid (a rapid where drama happens) on the Tully river. He was pinned face down, mid river, and we located him in about a minute. Then longest 1 minute was then spent recovering him, CPR for 3-4 minutes after that. I had begun lost hope and was spent by this stage, emotionally and physically, I stepped to the side and remembered saying a prayer in hope, but the boys refused to give up and continued to perform CPR. One thought he felt a pulse, leading to a amazing recovery, then came the helicopters, doctors, nurses and ambulance staff, a make shift outdoor field operating theatre. JED was placed into an induced coma and sent to intensive care (ICU) in Cairns Base Hospital. A
very long week endured while we all waited for news, after 5 days I was told he had come out of the coma, on the news after a long cry and and lot of giving thanks, I traveled to see him in the hospital the very next day. As I walked into the hospital, JED was sitting up in bed. I said “Hello!” but he didn’t recognise me and asked “Who are you ?” I replied with “it doesn’t matter, but its good to see you”. I wished he and his wife well. Turned and left. These moments are a part of our river life. I have been witness to tragic events since, and just recently we tragically lost Cassie a 2018 IRF WRC Open Women’s Australia representative…full respect to her, her dear family and friends….that it’s apart of the risks we all take, yet with risk comes reward. We know we are alive… I hope to see friends past sitting spiritual eddy in the future. 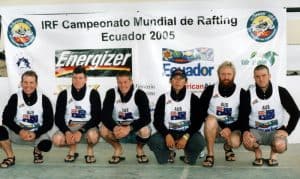 Strength of the IRF?
To me it is that they are always there to support and carry the image brightly of White water Rafting and everything that surrounds it. It s a not for profit so you get a fairly honest family of people in and around this organisation that are there for the passion, the love, the support. The Guide Training and Education component is important to the growth of a safe commercial and recreational guiding structures world wide also. I see this as must maintain protect and grow and the IRF has been at this from the very beginning building a program that is now worlds best practice, long may it continue.

#AreYouReady to race in Futaleufú?

Euro Rafting Champs 2017 gets under way in Georgia