News
You are here: Home1 / News2 / Racing3 / Vote for our World Rafting Champions in the World Paddle Awards 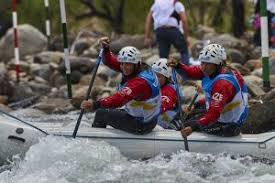 The World Paddle Awards are a prestigious award voted on annually by the public and a select committee of paddle sports peers. This year the rafting world is fortunate to have three nominations in with a chance. But they need your help to ensure they make it to the finalists and ultimately in order to win in their categories.

Read more about each of the nominees below and follow the link to vote for them. Be sure to click on the big black “Thumbs Up” 👍🏻 at the bottom of each nominee description to ensure your vote is counted. 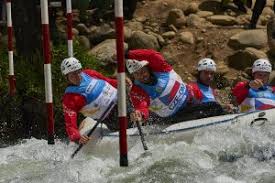 TR Hiko in action at this year’s IRFWRC

The 2018 season has been golden for TR Hiko, the Czech Republic’s dominant men’s rafting team. The team has been on fire, winning the 2018 European Rafting Championships in all disciplines, as well as the Czech Cup R4 title and the Czech Championship R4 and R6 titles. To cap off a spectacular season, the team then secured the International Rafting Federation 2018 World Rafting Championship title in Patagonia. The arduous Downriver event saw the Czech men halt Brazil’s seven-year streak as world championships on a snowy, rainy day that was no deterrent to enthusiastic spectators.

While each member of the rafting team has achieved individual success on the water, it is their combined power as a team that has led to their greatest achievements. TR Hiko is an incredible inspiration for Czech junior rafters, who are exposed to the best rafting skills and techniques in their home environment.

As well-rounded individuals, almost all the TR Hiko team members have become parents recently, demonstrating to the rafting world that it is indeed possible to combine family life with high-performance sport.

TR Omega in action at this year’s IRFWRC

Dominating the rafting scene in the Czech Republic for almost a decade, the TR Omega Czech Women Raft team has enjoyed a superlative season on the international stage, cinching the 2018 World Rafting Championship R4 in Slalom and Overall in Argentina.

A group of cheerful and dedicated friends, the women attribute their success on the water to their warm team dynamic. Together since their first world championship in Bosnia in 2009, (where they were third overall), the team has enjoyed success after success, winning the World Rafting Championship Title in R6 twice (2011 in Costa Rica and 2015 in Indonesia), as well as countless national and European titles. Winning the R4 title in Argentina this year has been the icing on the cake for the women, who have been through so much together as a team—albeit for a few maternity breaks.

For young women in the Czech Republic, the TR Omega team members are inspirational role models and proof that it really is possible to juggle it all, somehow staying in top physical condition, while uniting their roles as mothers, friends, and high-performance athletes.

A household name at the forefront of paddle sports for over 30 years, Peter Micheler started his paddling career at the age of 11, competing in Canoe Slalom racing on the River Danube. For the next 11 years he was a national team member in Canoe Slalom, winning several world championship and world cup titles. From 1980 to 1988 he was eight-time German national champion in men’s kayak – a performance unequalled by anyone to this day.

Having enjoyed such a successful career as a kayak paddler, Peter then switched gears, deciding to dedicate himself completely to rafting. He went on to win three consecutive European Championship titles (1992-’94), acquired five vice-world championships, and then won gold at the World Nature Games in Brazil in 1997. From 1997 to 2005, he excelled as a member of the national German rafting championship team. He is a founding member of the International Rafting Federation (IRF) and has been a member of the board of directors since its inception in 1997, currently serving as vice-president.

Peter has inspired countless kayakers and rafters alike over the decades, including his sister Elizabeth (Lisa) Micheler-Jones, Olympic champion in Canoe-Slalom at the 1992 Barcelona Olympic Games. He continues his lifelong love of paddle sports, paddling big water in the Alps and all over the world—in a canoe or with a team in rafting. With the annual raft challenge held on the Augsburger Eiskanal in Augsburg, Germany he demonstrates the beauty of the sport to many uninitiated people.

Voting for Lifetime Achievement is only done by the WPA Academy, but we need to ensure that the Academy recognises Peter for his contribution to rafting, so please still click on the big thumb at the bottom of his nomination profile:

Find out more about the World Paddle Awards on their site 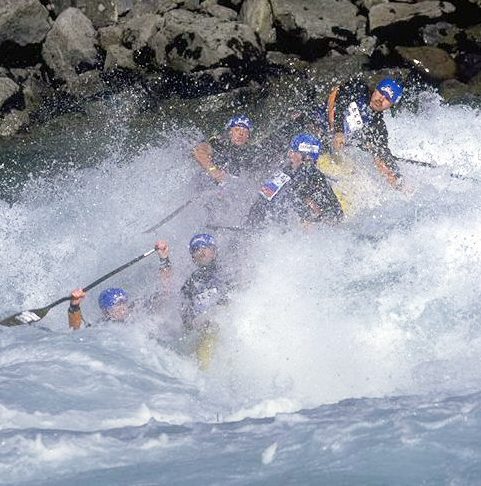 #AreYouReady to race on the legendary Futaleufú River? 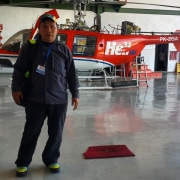 We are river family – Frankie Kowaas

Born with a paddle

Pre-WRC in Argentina begins on Wednesday

A fond farewell to Uncle Vláďa
Scroll to top