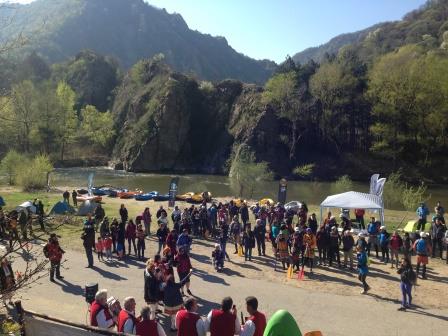 There is no reason why the rafting season opening should be limited only to the rafting community. The Bulgarian rafting club Adventure net decided to orientate it to a broader public so they invited companies who deal with outdoor activities in general. Focusing on the concept of an open festival, they invited many outdoor and adventure companies, giving them the opportunity to present themselves and exchange experiences and ideas. The festival served to awaken the curiosity of people who have never jumped into a raft or kayak before and to dare them to acknowledge and try different extreme sports and outdoor activities.

The start was given at 10.00 am on 1st April 2017 at the green camp of Adventure net in the Kresna gorge of the Struma River. The Outdoor and Whitewater fest continued throughout the weekend. Various activities were accessible for the guests:  tasting of different local products (cheese, wine, honey and more), provided by the municipality of Kresna town, the trying out of extreme sports equipment, information about the biodiversity in the Kresna gorge. A dancing composition in national costumes and a folklore orchestra from Kresna town provided for the joyful mood. Free 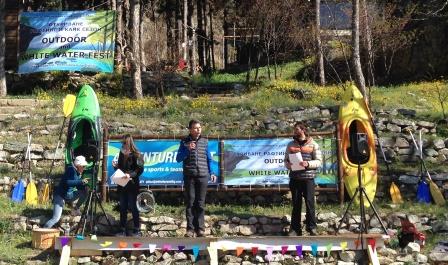 rafting trips were offered to the representatives of the Bulgarian media, which secured a broad coverage of the event. The companies, presenting their products or services at the festival, were also offered a free rafting tour. Part of the morning program was the speech of the most popular Bulgarian climber in high mountains, Boyan Petrov, who presented the problems of the future plans for the construction of a highway, passing through Kresna gorge. The ecologist Andrei Kovachev clarified further that this infrastructural project would cause extensive damages to the biological diversity of Kresna gorge and prompted the participants at the festival to sign the open petition. More than a hundred signatures were gathered on that day for the petition.

Later on during the day the public’s attention was attracted by a team competition in reflip technique – the team who took the shortest time to flip, then reflip the raft, climb into the boat and raise their hands wins. All guests were also invited to participate in different sports activities for free: a climbing competition on a specialised wall, a ride on a longboard, a balancing walk on the slackline and many others. The most gifted participants were awarded with prizes.

The peak of the entertainment was indeed the evening event – a live concert by the rock and grunge band “Saint electrics”.  The dancing mood was kept high until the late hours, accompanied by a DJ set.  In this way the Outdoor and Whitewater fest made a difference in 2017 and will hopefully lay the foundations of a long-lasting tradition in the outdoor and extreme sports sector in Bulgaria. 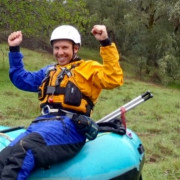