Yes, we didn’t feel that breeze at plus forty in the desert of UAE, but that freshness and the change of generations is visible on the podium of the 2016 World Rafting Championship. 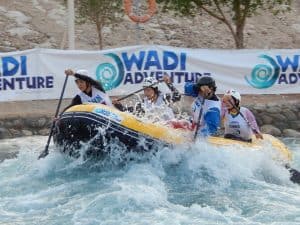 Our wonderful WRC gathering is behind us, and we are full of impressions, as always. There is no doubt that one of the biggest impressions is of the white water course, that we were delighted with it’s complexity. Plus, the fact that we had guaranteed sun, an excellent infrastructure and staff,  which made this place a real paradise, and our desert rose. Oh, how we miss Wadi Adventure. 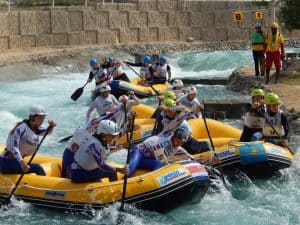 The speed and technical difficulty of this course surprised competitors resulting in plenty of swims and flips. A very complex Slalom was one of the challenges that faced competitors, loved by some, hated by others. The second was the number of laps during the Downriver. When mixed with high temperatures and the technical difficulty of the course, we saw a few knockouts during the race. Overall, it was a memorable competition. 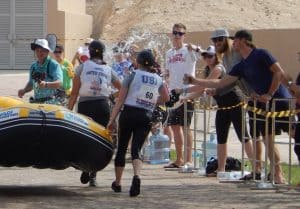 Talking of Downriver, great praise must be given to the watching teams and spectators who organised themselves so that they could help the teams racing by 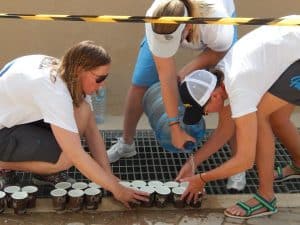 refreshing them with water either poured over them or given to them for drinking, on the section where they had to run with the rafts. An awesome job, folks! Nothing more beautiful than to see the competitors who stand side by side, supporting each other …. warms my heart.

The food, accommodation and friendliness of the staff – fantastic! High five! But like any competition there is always something that does not go as it should, despite the efforts of the organisers. This time we had problems with the transport company, but our hosts did their best to correct this company’s faults. Thank you for that.

We finally had live streaming and so everyone was able to enjoy the WRC competition live from wherever they were in the world, as well as the mass of photos, the live blog, results as soon as possible …. a great job done by all involved.

The idea of surfing with rafts on the biggest artificial wave in the world was more than brilliant. The competitors were 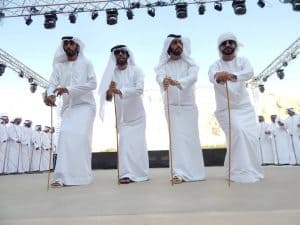 whooping with delight as a bunch of rafts came surfing in on the wave.

During the Opening Ceremony, we had the opportunity to enjoy traditional singing and playing. I, personally, loved this special segment as well as the Gala dinner. Finally, there was a possibility for competitors to be shown in an elegant light. All the beautiful evening gowns and men in shirtsleeves, a real feast for the eyes and soul. Well done to the organiser’s and competitors! I think every WRC now needs to have this kind of finish. The party was too good, there is no need to say more. 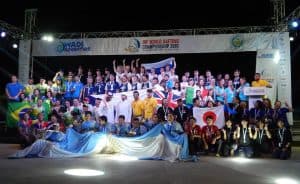 When I mention the fresh breeze on the competitive level, the ones who impressed me the most were the performance of all Great Britain teams, the first time girls from China and Kazakhstan, the first representatives of the UAE and Nepal, and the youngest team ever, from Costa Rica – 4 of them only 16, and the last only turning 15 in December – as well as the Japanese Masters Women’s, USA Masters Men, and Germany U19 Men. GBR Masters Men, Italy U19 Women also climbed the podium. 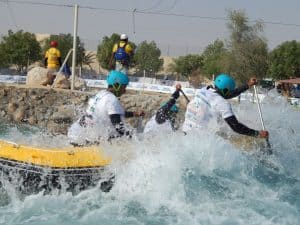 It was a fantastic success for the Open Women from England, where they managed to unify the title of European and World champions. Brazilian Open Men team defended their title from two years ago and now have held the title of best team in the world for 4 years now. If they succeed next year they will equal Team Bober of Slovenia, who, I hear, are coming back next year to challenge them in the Open Category!

All in all another fantastic competition. 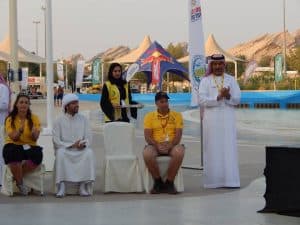 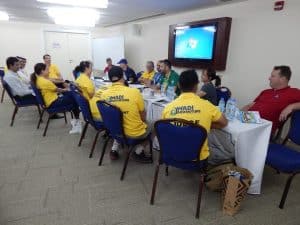 Thanks must also go to all the Judges who do this as Volunteers, the Safety Team, Race Organising Team and everyone involved at all levels and tasks, either on the course or in the back offices. Thanks to all the competitors, such a large number took part and fought honourably.

Thank you all, thank you for everything. We miss you so much. Thank you Wadi Adventure, our desert rose.

See you next year in Japan.