Aosta valley in Italy is a small paradise. The many castles on the slopes of the Alpine mountains, small villages and narrow streets are divine. The river Dora Baltea flows through the valley and is fantastic. And so, at last, we had an EC in Italy!

This event was also part of the national series for the Italians. The international teams that took part were from Great Britain, Slovakia and the Czech Republic. 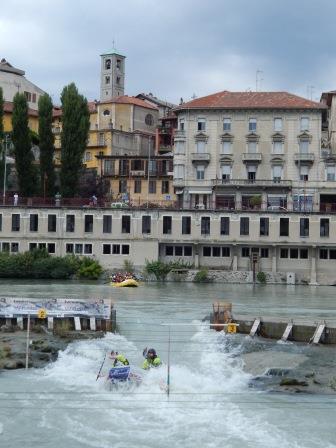 Ivrea is a city on the river Dora Baltea, which has a fantastic artificial track which is located almost in the centre of town and surrounded by beautiful buildings. What a view for those lucky enough to be in those buildings! On the Friday we started with the Slalom.

The course has a big fall with four large cascades and is very technically demanding. The last cascades and upstream gates of 12 and 13 created the most problems for competitors. Falling out of the raft and swimming was regular, if not in the first round then in the second, throwing them out of their rhythm. The difficult track resulted in many negative points. 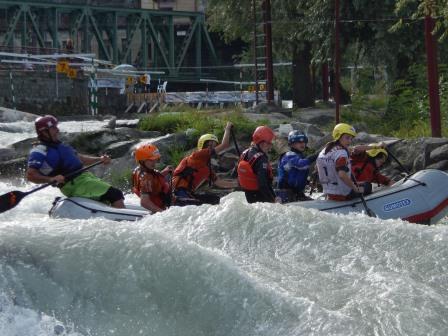 The home teams  were definitely on top in the Open Men with ITA1 – Tigerle Vipiteno taking first, ITA2 -Valbrenta taking second and third place was CZE – Vopicky. In the U23 men’s division CZE – Raft Klub Hodonin were third best out of all the teams that competed with penalties of only 15 in their second run which gave them a first in the U23 category. Well done to this young team!

The Ivrea artificial track gave us a lot of fun, with sunny weather, but it was time to move on to beautiful Villeneuve for the Sprint, H2H and Downriver. 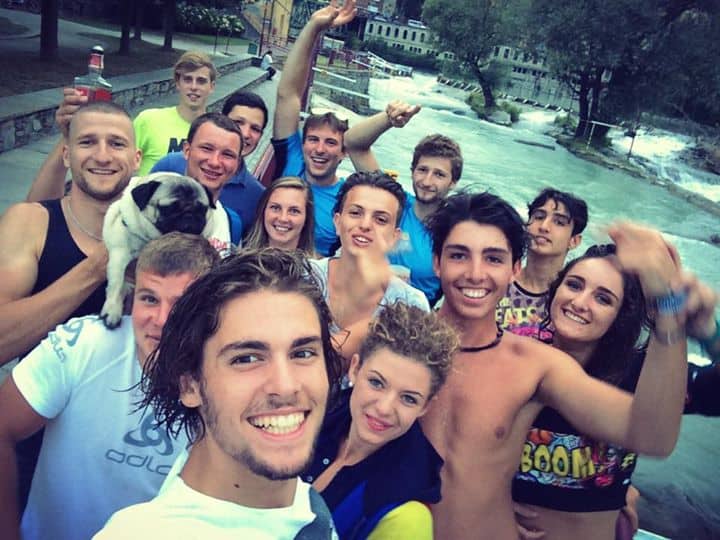 It was a rainy day on the second day of the competition. We had great water levels for these two races. The next day for Downriver the water was significantly less.

The Men’s Open Sprint was excellent where a hundredth of a second determined the final positions.

In the H2H Vopicky managed to overpower ITA1 and ITA2 – outstanding for this young team. 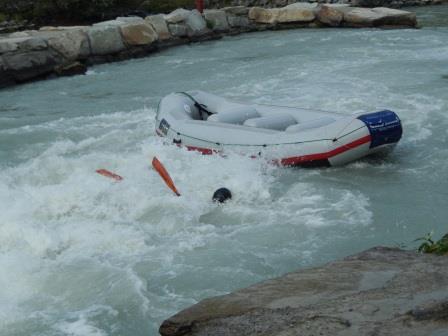 A brilliantly sunny day dawned on the last day for the Downriver, as if the day before there had been no heavy rain falling.

Dora Baltea is divided into two parts. The upper part of the river was paddled by the Open category, and where the course ended was were the other categories started.

In the U23 category CZE Hodonin dominated in all the disciplines, with ASV-Vipiteno getting second place in the Downriver and Overall, and ADDA Viva Indomita Valtellina River 2 third Overall. 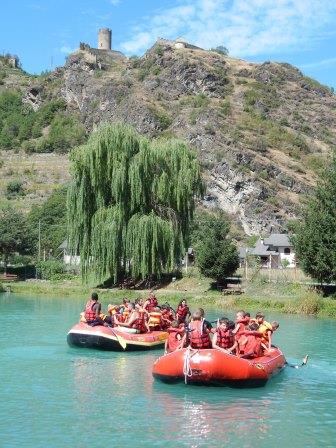 In the Master category GBR Masters Raft Teams won all the first places, while only in the H2H was Vigili Del Fuoco better than Rafting UH Team who eventually placed second in the Overall standings with Vigili Del Fuoco coming third Overall.

The Cadet Division which is youth rafters aged 12-14 years, paddled with a guide and managed well in the Slalom, Sprint and H2H. DRD4 Minnie were the best in all disciplines and the second was the team Valtellina rafting. Congratulations to these young rafters.

The winners in the overall standings were given very interesting gifts – buckets with local products from the area – a very good idea for the development and promotion of local handicrafts. 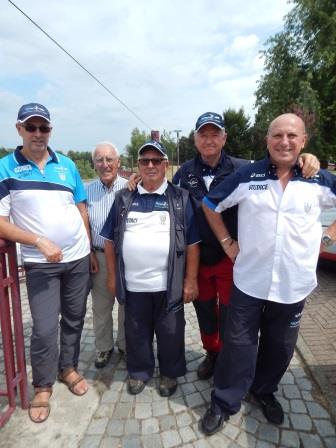 We had a great time in Italy, it was a fantastic competition! And again a great opportunity to meet old friends and make some new ones. Thank you for the accommodation in the beautiful Des Roses Hotel and the temporary office at Rafting Aventure Villeneuve. It was an excellently organised competition by the Italian Rafting Federation: Danilo Barmaz (President), Stefano (Event Director), Anna (Secretary), congratulations to all the judges, volunteers and all!

We enjoy the ECs, but they are always so short. There are still more events on the EC calendar, and the next meeting is in the Czech Republic from the 15 – 16 August: EC R6 – Vltava, Czeska Vrbné, Ceske Budejovice, SPR, SL.

I hope that I will be back in Italy next year, and you if you missed this one, do not miss it next year!