Today in Foz do Iguaçu, Brazil, the R4 World Rafting Championship in the Under 19 and Under 23 categories concluded with Brazilian teams dominating by taking the title in three of the four categories: Under-19 and Under-23 Men’s and Under 23 Women’s. 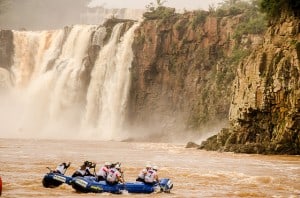 It was a very early start for the athletes today as they headed for the Downriver race held below the Iguaçu Falls. The reward for all their efforts of the last few days was the privilege of starting just below one of the Seven Wonders of Nature. There were 27 teams and 108 athletes.

The U19 Women’s race was won by Russia with Australia come in next and then Brazil and Russia. Australian girls were surprised but pleased to have beaten the Brazilian’s on their home ground. 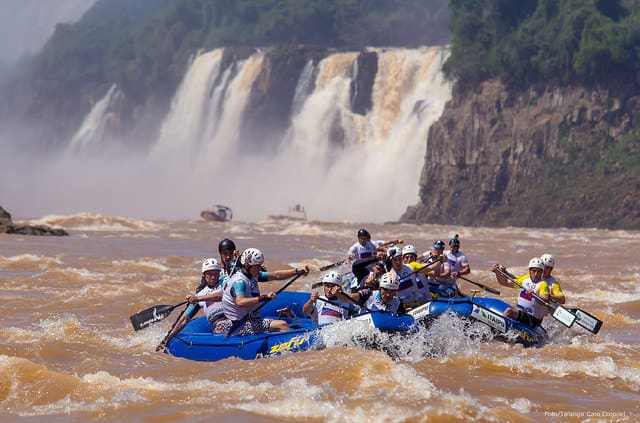 Overall 2014 World Rafting Champions
After totalling all the points in each discipline – Sprint, Head to Head, Slalom and Downhill, Brazil took first place in three categories: Under 23 Women, Under 23 Men and Under-19 Male.

“We did the homework. Our teams are comprised of athletes who love rafting and this love was translated into results, “commented Rebecca Fernandes, satisfied, supervisor of the rafting committee of the Brazilian Canoe Confederation.

The team that deserves a big mention is the new U19 Women’s R4 World Rafting Champions – Australia. This team managed to keep Brazil from making it a clean sweep of the top podium position. They’ve had a hard journey to get here, not only the time and distance to travel here but also in the battle to secure the funding and the support which they have proven they definitely deserve.

Joe Willi Jones, President of the International Rafting Federation, says the event was a success. “All are happy with their results and I’m happy. What makes me most happy is that we get to repeat it all again next week,” said Jones referring to the World Championship in Open and Masters divisions which starts Thursday.