Brazilian athletes feature strongly in the Sprint and Head to Head, both held today on Itaipu Channel, Foz do Iguaçu (PR)

On this first day of competition in the R4 Rafting World Championship 2014 in Foz do Iguaçu, Paraná, there are 13 countries in Youth (Under 19) and Junior (U23), Male and Female, on the Sprint and Head to Head competition, both played at Itaipu Canal, on the dependences of Itaipu Binational.

This is the first time that an R4 World Championship has been held in the categories of U19 and U23. “Previously there was only the Junior category, designed for athletes between 16 and 22 years of age.” said the American Joe Willie Jones, president of the International Rafting Federation (IRF).

Fight for the overall title 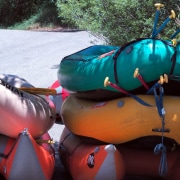 Should We Be Classifying Rafts?

IRF 2019 Congress to be held in Tully, Australia

What is the ATTA and why should we know more? 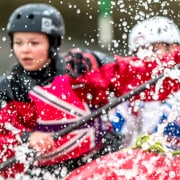