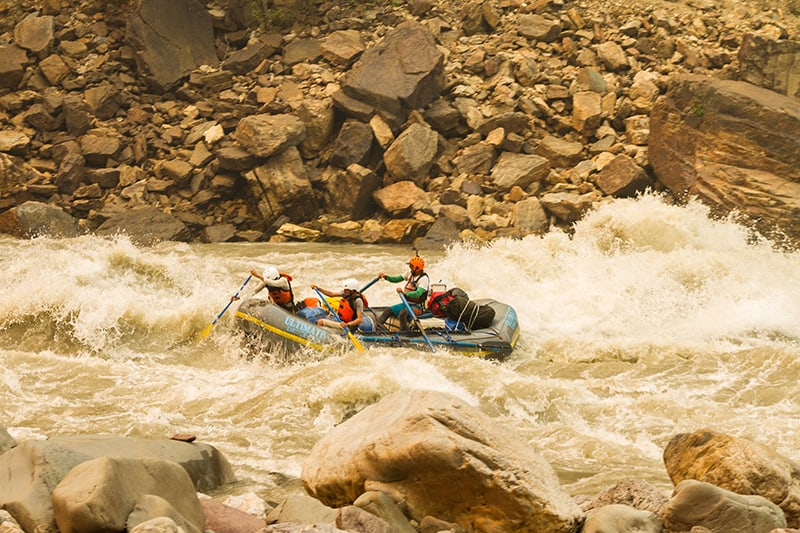 The Great Karnali Quest is the downriver raft race in the Karnali river starts from Rakam at Dailekh district ends to Daulatpur Ghat near Chisapani covering 242 Km in total. The Karnali is among the 5 best world class rivers for whitewater rafting.

Karnāli, running southward across the strike of the Himalayan ranges—form transverse valleys with deep gorges, which are generally several thousand feet in depth from the crest of the bordering ranges. The watershed of these rivers lies not along the line of highest peaks in the Himalayas but to the north of it, usually in Tibet.