You are here: Home1 / About2 / Committees and Commissions3 / Media & Marketing Committee

The remit of the Media & Marketing Committee is marketing of the IRF and management of media.

The Media and Marketing Committee shall be responsible for: 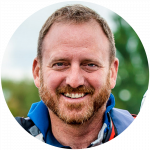 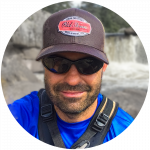 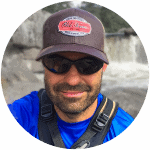 He has been an Organizer and Race Director of six Canadian National Championships, 5 white water festival and about 15 rafting events including a World Cup in Canada.

He also has experience in organizing races for other sports such as mountain biking and ice canoe races.

He is a qualified referee for rugby and judge for ice canoe racing as well as having been an IRF Judge for the past 14 years.

He is an athlete in different sports such as rugby, ice canoe racing and mountain biking.

He has been the Head of the Judges Committee since 2009, which was created at that time. In the last few years in particular he has taken the standard of judging to a new level. Instituting compulsory Judge Workshops at the start of A and B level events has ensured that all judges are continually kept up to date with rule changes and reminded of how the IRF expects judging to be done at these prime events. The creation of the Judges Handbook provides a standard base that all event organisers, Juries and Judges can use for their events.

His experience with managing the Judge Committee over the past 8 years, and his regular experience on the race Jury, often as Head Judge, makes him an ideal candidate to lead the Sport & Competition Committee. Having gotten the Judge section running well and heading in the right direction he’d like to put his energy into improving other areas of the Sport & Competition section. 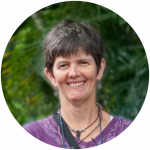 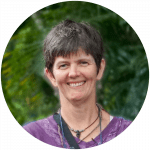 Sue did her first river trip after getting a BSc in Computer Science and Geographical Science and discovering the normal working life was not for her. She was immediately hooked and became a river guide. Later she became part owner of a river company in South Africa. She was a founding member of the South African Rivers Association (now APA) and played a key role in its initial organisation.

She was one of the first female guides in South Africa and has done much to promote women in this sport. In 1992 and 1993 she was a part of the Hunter’s Gold Ladies team which paddled in the Zambezi River Festival – in 1992 they were the only women’s team which, despite predictions from certain men that they’d need to be helicopter rescued out, came a respectable 16th out of 31 teams. She attended Project RAFT in Turkey 1993 as part of the African team.

From 1995 to 2001 she worked with Tony Hansen organising the Camel White Water Challenge (CWWC). She was a founding member of the IRF in 1997 and through her work with the CWWC found herself in a pivotal role for the future of rafting. She has been key in its administration and forward movement ever since.  Her experience as a guide, river company owner, competitor, event organiser, administrator and mum are all used in this role.

In 2001 Sue had the first of her two sons. She lives in Cape Town, South Africa.