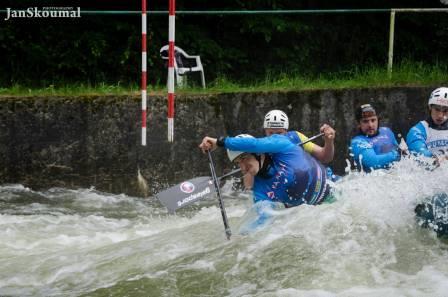 This past weekend in the Czech Rep it was the Euro Cup Trnavka race as well as the Czech Republic Championship, both R4 and both slalom and sprint. Plus it was the Gumotex Baraka Cup R2 in slalom.

The slalom and sprint races were run on the artificial slalom course of Trnavka (ASCT) on the Saturday. Trnavka is located in the middle of a beautiful part of the Czech Republic called Vysocina. After those R4 races it was the R2 slalom race “Gumotex Baraka Cup” and R4 team race in slalom (3 x R4 in one team). The slalom R4 races took place in 3 categories – Men, Women and Masters – and there were over 40 teams participating in the event. 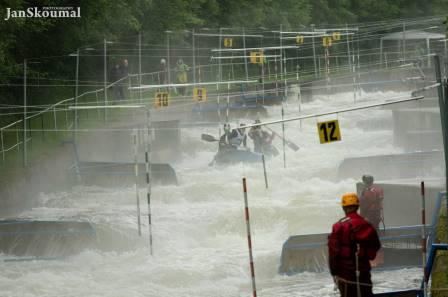 ASCT is the longest and the most difficult ASC worldwide. Thanks to a length of over 800m and the grade of the course it offers the unique opportunity to organize two full races on the same date, first on the upper part and then the second on the lower part of the course. 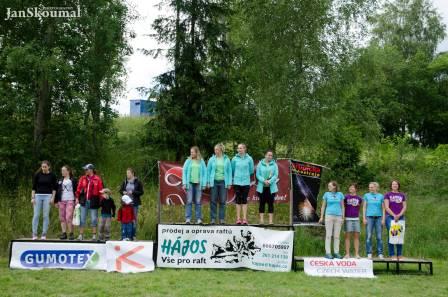 Sunday’s schedule was two sprint races on the same format as the day before – one on upper part of the Trnavka course and the second one on the lower one. 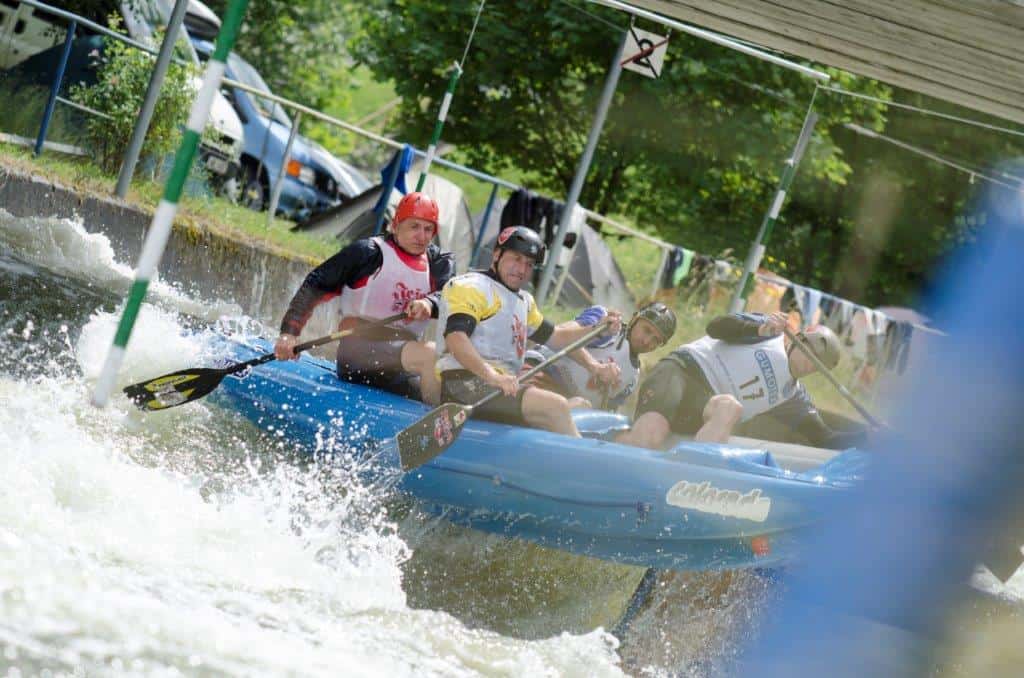 The day started with the EC races taking place on the lower part of the course. Teams could then use the upper part for their warm up and a little training just before the race. In spite of rather cold weather most of teams didn’t miss this opportunity, also thanks to the pretty warm water coming from the dam whose surface had been warmed up by the sun. 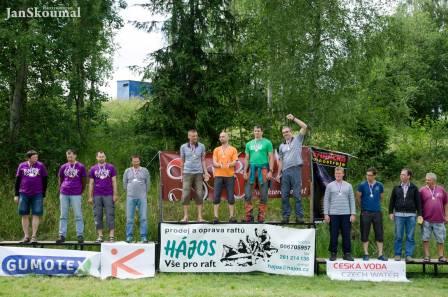 The Czech Championship R4 took place on the upper part of the Trnavka course right after the lunch break. TR Hiko improved their performance from morning and won the race, TR Omega and TR Masters repeated the result of the morning race and won their categories. 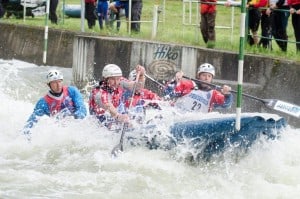 It was the end of two successful and very intensive days during which many races were enjoyed with excellent white water conditions that Trnavka always offers. The weekend was closed with the prize giving ceremony followed by a raffle sponsored by the event sponsors, and then a party with live music and fireworks. And the two best teams form the weekend won Colorado rafts from Gumotex!